Pritchett worked on Huddersfield station between 1846 and 1850, his commission being for a collaboration between the Lancashire and Yorkshire Company and the Huddersfield and Manchester Railway and Canal Company, each occupying their own pavilion displaying their respective coats of arms! Platforms and refreshment rooms were shared*.

The station was the first building to be erected in a programme of works for St. George's Square, owned by Sir John Ramsden, which included a hotel and town hall. Proposals were made for the town hall by Pritchett but this never came to fruition, the new town hall being built in an alternative part of the city. The neighbouring George Hotel was completed to designs by William Wallen and Charles Child*. 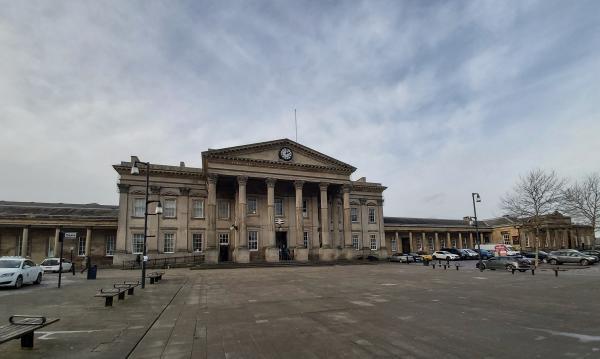 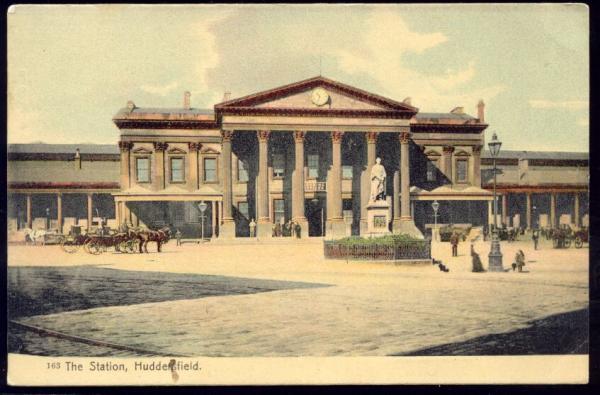