'The layout of the cemetery survives substantially intact, but all associated structures apart from the lodge (Pritchett, 1856) have been lost.'

'Some 8.5ha of the New Barnes Estate at Mode Wheel was purchased by the Corporation from General Sir John Scoyell and James Collier Harter for the sum of £7928 18s (ibid). Contractors for forming the ground were Lowe and Brown, and for the buildings, Ellis and Hinchcliffe. The latter's tender for three chapels and a lodge, to designs by architects Pritchett and Sons, was £1904 (The Builder, 17 May 1856). Some 4.4ha were allocated to the Church of England, c 2.4ha to Dissenters, and c 1.6ha to Roman Catholics. The top stone of the spire of the Church of England chapel was set by architect J P Pritchett in November 1856 (The Builder, 15 November 1856). The cost of the cemetery, known as Salford Cemetery, was just over £17,960 and it was opened without any formal ceremony on 1 September 1857 (Salford Reporter, 19 May 1888).' 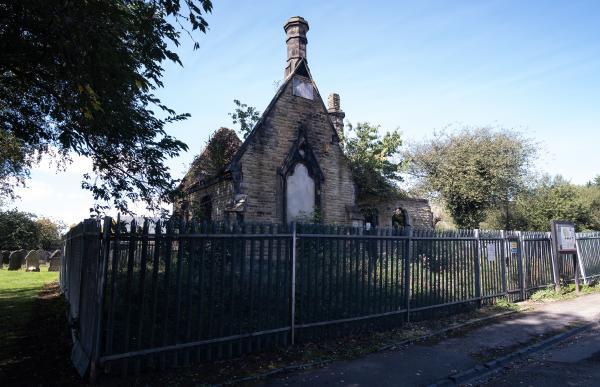 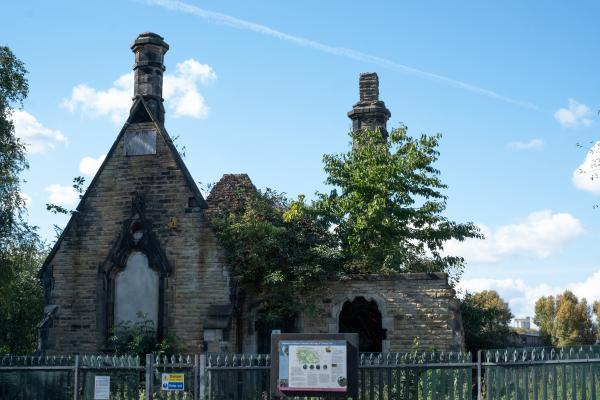 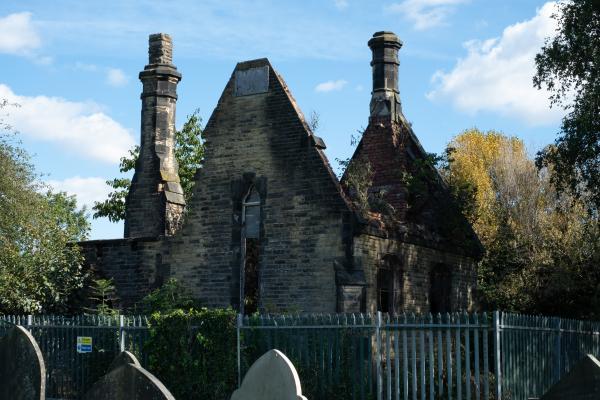