‘There was a ‘magnificent plan… of erecting some spacious and elegant streets, squares etc [at Buslingthorpe] upon the whole of which the New Town of Leeds was to be imposed’; but in spite of some expensive preparatory site work, the scheme foundered. The owners of estates in Little Woodhouse , immediately to the North of Park Lane, were anxious to develop their land; George Rawson, for example, who owned Denison Hall (then known as Hanover Place and divided in to two residences), obtained plans in 1823 from Watson and Pritchett for laying out the southern portion of his estate as a square. Presumably the success of the Wakefield layout had recommended the York architects as suitable designers for a similar idea. They made alternative proposals, one for a conventional square with terraces on the east, west and south sides, leaving the existing mansion in a reduced garden to form the north; the other was for a triangular layout in which the mansion was at the north corner or apex, with terraces along the three sides. The first alternative was selected, and work began on a few plots in the east and west terraces; houses were erected in uniform brick facades in which the only decorative elements were stone door cases with a corbelled cornice, and a stone panel below the ground-floor windows. The central garden was landscaped with winding paths, flower beds and shrubberies by Joshua Major, a landscape gardener, in 1824; but there were few other takers for the sites. Parson deplored, in 1834, the incomplete status of Hanover Square. ‘Were it completed in a style corresponding with the buildings which have already been erected, it would be the greatest ornament of the town; but in spite of an attempt in 1836 to interest purchasers in the south terrace, for which Pritchett made a design of 7-bay houses, and George Smith an alternative proposal of 3-bay houses, the square was never completed. ‘ 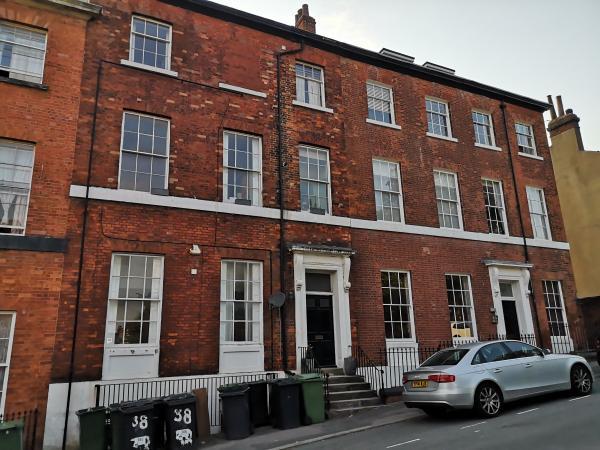 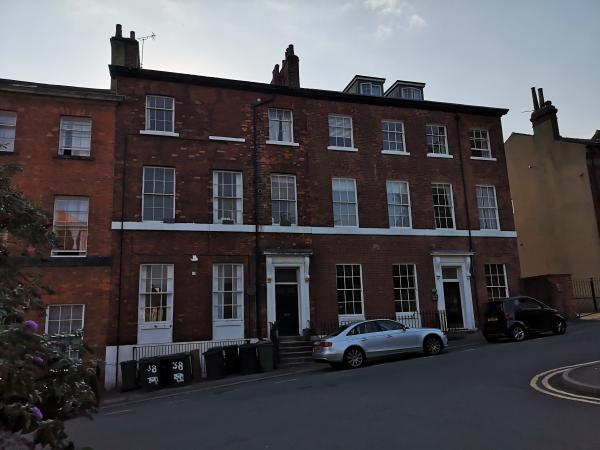